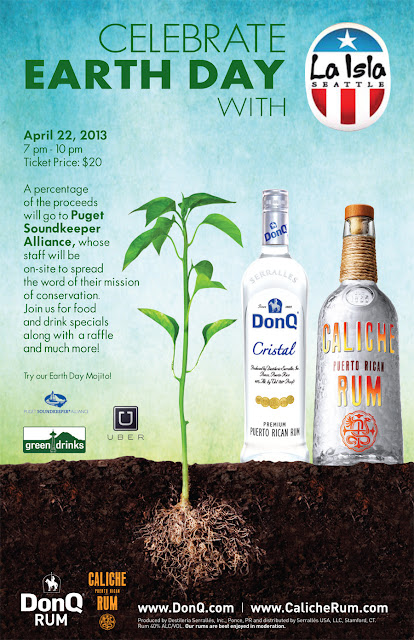 La Isla Earth Day - We're opening up our doors to promote Earth Day awareness! Join La Isla Seattle and DonQ Rum Monday, April 22nd from 7-10pm for delicious Earth Day Mojitos, food specials, and a raffle. A portion of proceeds from the event will go to Puget Soundkeeper Alliance (PSA), who takes action against water pollution in our beloved Puget Sound. Get to know PSA, whose staff will be on site to spread their mission of conservation!

Tickets are $20, you can purchase them when you arrive!

Check out our full list of our raffle items, learn more about your Uber ride, and find all the event details here. Thanks to our sponsors: Puget Soundkeeper Alliance, DonQ Rum, Uber, Caliche, Green Drinks. 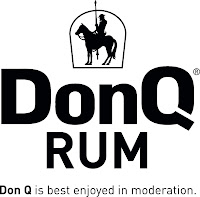 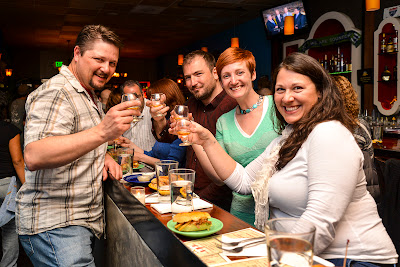 La Isla Rum Club March - For this month’s Rum Club, we were fortunate to get to taste a variety of Dzama’s brilliant collection, starting with the citrusy Cuvée Blanche, then moving through the darker rums. Andrew Christianson, a very informative Dzama representative was there answering questions and even helped serve rum tasters and food. 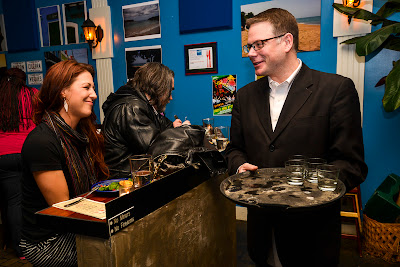 Dzama is an exotic African Rum which we enjoyed with some delicious food  prepared by our own Chef Lee. As usual, Lee worked to incorporate traditional ingredients of the region from which the rum is produced into each dish. Dzama is from a small island off the coast of Madagascar, ironically named Nosy Be, which means big island!


It is common in rum production to use already used whiskey barrels for aging rum, which is why you can often pick up hints of bourbon in rum. It is also common in rum production to enhance flavor by adding fruit and spices to the rum directly. We learned that Dzama is unique in that they do not infuse their rum directly, but by soaking their wood barrels in citrus or vanilla bean water, and then letting the infused wood impart flavor into the rum during the aging process. With the darker rums, Dzama uses vanilla infused wood, which they re-cask, meaning the barrels are reused for aging, allowing each batch to have different levels of boldness. The first with strong notes of vanilla, and each batch that follows more mellow.

Mark you calendars Rum Bums, April 30th is our next Rum Club! A big thank you to Andrew and Dzama Rhum, and everyone who came out Tuesday night. To view the full photo gallery, visit our facebook photo album!

La Isla Rum Club February - Hey friends! What an amazing Rum Club that was. We got together last Tuesday night with all of our Rum Bums to celebrate good food, good friends and great rum! We featured Angosura Caribbean Rum served aside some tasty Puerto Rican dishes prepared by Chef Lee.

Angostura is an award winning Trinidadian rum proud to be made on one island from one distillery. Their master distiller, John has been a key player in the Rum industry, fine tuning his distilling skills for over a quarter century! He is responsible for their multi-award winning Angostura International Rum Collection which we got to taste.

There were a few varieties of Angostura in rotation. The first was the 7 Year Old, which has a rich full-bodied taste of maple, chocolate, honey and toffee. Next was Reserva, a rum with a rich and warm flavour of vanilla but a finish that is incredibly smooth. Last and most interesting was the 1824 and 1919. With hints of chocolate, honey and almond butter the 1919 is aged in charred casks of rum salvaged from a great fire! We also learned that the 1824 is aged in charred American oak bourbon barrels for a minimum of twelve years before hand blended and re-casked.

Chef Lee prepared some incredible Puerto Rican dishes, starting with carrot & potato croquettes stuffed with carne molida (ground beef). Following that we had pelau, which are chicken thighs, pigeon peas with carrot & rice! Last but not least was the desert. Lee put out some tierritas, which are ground chocolate cookies covering a thick vanilla pudding. Yum!

Thank you so much for those who joined us Tuesday. It was great to have everyone and we will see you next Rum Club on March 26th. To view the full photo gallery, visit our facebook photo album!